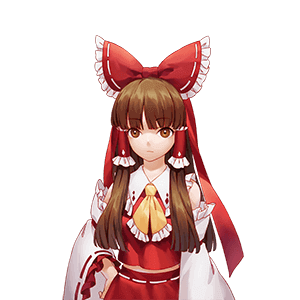 Other Skill - (In development) As the first boss of this game, Reimu is easy to get over, however as a “learn-system game”, it is very important to learn from the Boss, as long as you’ re learning the system of Boss, you can defeat them really smoothly, this guide will help you to understand the system of the boss.

Dream Missle
From bottle of battlefield’s Danmaku, nothing special.. 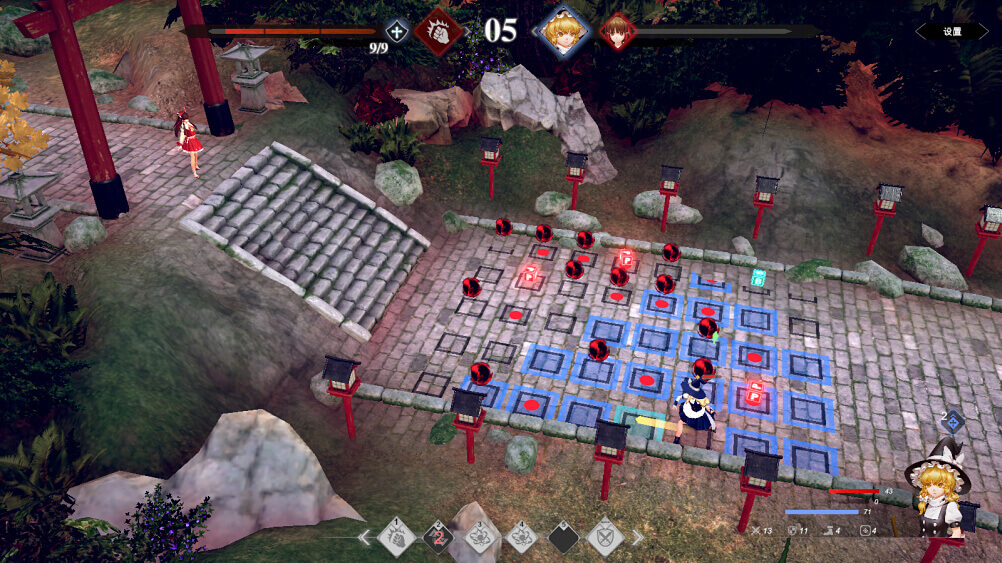 1. Let the Danmaku move to some extent, see the rules and aim for a chance to avoid.

2. If you can not avoid it, clean up the Danmaku with your skill.

Fumajin
Ring-shaped Danmaku, and will play a clockwise rotation of the Danmaku around a central point, new player oftendie here. To deal with Fumajin, the most important thing is to stand. Always pay attention to the skills from boss. If you see that the next round of Reimu will release Fumajin, then immediately let Marisa go to the middle of the battlefield. Fumajin is characterized by the center area as the center, and randomly lock one of our characters to release. If Marisa stands in the third line of the battlefield, then Fumajin release will only revolve around her, and will not directly cause damage.. Familiars of Onmyoutama
The two familiars are the powerful allies of Reimu.
1. 2 Onmyoutama attack player for 3 turns after being summoned.
2. The white Onmyoutama throws a big damage AOE in the 4th turn.
3. Red Onmyoutama recovers 24% of all enemies' HP in 4th turn. Seal fantasy
The high damage Spellcard of the direct attack will produce multiple combos, and the spike will be spike when the blood volume is low, which is quite dangerous. If Reimu releases this skill, the next turn will be the biggest test. This skill can't be avoided. It's safe to keep HP more than half in the third step. If HP is not enough, then abandon an attack and choose defense to increase the shield, to resist Seal fantasy, more likely to survive. Reimu’s CD takes longer, after one experience, slowly restore HP, to deal with the next Seal fantasy./p> She can use Dream missile and Dream missileX. Both of these are Danmaku skills, but for the Danmaku density is not that high, you can avoid or clean up. However, since Reimu is awkward when it comes to the second step, Marisa recovers Reiki with attack and Second cosmic speed.

In the second step, Reimu summons Onmyotama. The Fumajin is a group of Danmaku that surround the player. When using this, the player : 1 ignores and acts in the center position. 2 Take out the damage of the Danmaku once and get out of the circle. The most formidable one is Onmyoutama. Two Onmyoutama attack AOE in white, and red restores all allies. Use AOE as soon as possible. This is the most important thing at this step.

There is no big difference in the third step than in the second step, but because the special move Seal fantasy will cause a great deal of damage, actively use the battlefield's P point while paying attention to the HP so as not to be executed.